Strict Standards: Declaration of thesis_comment::start_lvl() should be compatible with Walker::start_lvl(&$output, $depth = 0, $args = Array) in /home/hornyhot/public_html/wp-content/themes/thesis_182/lib/classes/comments.php on line 155

Strict Standards: Declaration of thesis_comment::end_lvl() should be compatible with Walker::end_lvl(&$output, $depth = 0, $args = Array) in /home/hornyhot/public_html/wp-content/themes/thesis_182/lib/classes/comments.php on line 155

Strict Standards: Declaration of thesis_comment::start_el() should be compatible with Walker::start_el(&$output, $object, $depth = 0, $args = Array, $current_object_id = 0) in /home/hornyhot/public_html/wp-content/themes/thesis_182/lib/classes/comments.php on line 155

Strict Standards: Declaration of thesis_comment::end_el() should be compatible with Walker::end_el(&$output, $object, $depth = 0, $args = Array) in /home/hornyhot/public_html/wp-content/themes/thesis_182/lib/classes/comments.php on line 155

Notice: The called constructor method for WP_Widget in simple_adsense_widget is deprecated since version 4.3.0! Use instead. in /home/hornyhot/public_html/wp-includes/functions.php on line 3876

Notice: The called constructor method for WP_Widget in Ad_Rotator_Widget is deprecated since version 4.3.0! Use instead. in /home/hornyhot/public_html/wp-includes/functions.php on line 3876

Strict Standards: Non-static method thesis_head::build() should not be called statically in /home/hornyhot/public_html/wp-content/themes/thesis_182/lib/html/frameworks.php on line 10

Here’s some handy hints for the sexual adventurers amoung you

1 Do a Dirty Den, and have sex on a webcam (not actually on a webcam; in front of a webcam).

5 Have sex in a taxi. Or at least see how far you can get before the cabbie throws you out. Or starts to enjoy it a little too much… in which case, throw yourselves out.

8 Bite her. Not hard – it’s not a remake of Silence Of The Lambs! Gentle biting brings blood to the surface of the skin and makes it really sensitive. A good basic rule is: no drawing blood.

9 Use more than one finger inside her – this needs to be led by her, though, regarding how many should go in at once. A word of warning: most girls aren’t keen on the whole fist.

10 Have sex with a bisexual woman and her lesbian friend. You might not convert her, but it’ll be something you never forget. Go to a gay-friendly boozer and see what happens.

11 Use your nose as part of oral sex on her. Try rubbing it on her clit for maximum effect.

12 Give a new lease of life to your girl’s pearl necklace (yep, the actual jewellery), by getting her to wank you off with it. Apply loads of lube, and then get her to loosely wrap it around your shaft and move it up and down.

13 Stop worrying about it, and have sex with your best female friend. Who cares if you’ll regret it? You’ll still have had sex!

14 Have your cock pierced, to experience what it’s like having sex with a ring through your bell-end (wait for it to heal before road testing).

15 Ask your girlfriend to tie you up, blindfold you, gag you and let her do whatever she wants.

16 Go to a lesbian club. The good ones are basically full of women getting off with each other. Yes, basic and puerile. But who cares, it’s girls kissing!

17 Arrange to kidnap your girlfriend, take her to your house and have your way with her. Obviously she should know about this in advance.

18 Watch your girlfriend have sex with another man. This is only for the extreme voyeurs out there, and those who aren’t the jealous type.

20 Get rimmed. The only rules are that it’s got to be hygienic and hairless.

21 Get her to put a finger in your arse while you’re having sex. If you hate it, she can whip it straight out, but as the male G-spot’s up there, why not? Free your mind (and your sphincter).

22 Film yourself wanking and send it to your girlfriend. Make sure she doesn’t circulate it to all of her friends.

23 Sing while you’re going down on her. The vibrations from your voice and throat will drive her bonkers. We suggest ‘Bohemian Rhapsody’.

25 Pretend you’re a sex addict and go to a meeting. Just hearing all those filthy stories should keep you going for ages.

26 Have sex in a hot-air balloon. Need we say more?

27 Try shagging a girl with her clitoris pierced, just to see what it’s like.

28 Get a job as a roadie for a shit band – that way you can have sex with their reject groupies.

29 Leave your job and work as holiday rep. Lots of casual sex guaranteed.

30 Make your life complete by getting it on in the back seats of a football stadium. Let her sit on your lap and go up and down every time something exciting happens on the pitch. You’ll need a blanket for this – and to not support a shit football team.

31 Get frisky in a public toilet. Although girls’ toilets are much cleaner and sweeter smelling, you’ll have fewer disruptions in the blokes’. Try to avoid the ones with piss-covered floors or glory holes.

32 Bugger the ‘No Heavy Petting’ signs, and get well in there at a swimming pool. If you’re on holiday, try to sneak into your hotel pool in the middle of the night.

33 Stay in your motor as it goes through the car wash, and have quick, loud, rampant sex before it comes out the other end.

39 Visit a nudists’ holiday resort. We’re not suggesting you have sex with the mainly German, overweight campers, but it could be a great turn on for you and your girlfriend.

40 Get a joint lapdance. By the end of it you’ll forget about the dancer and be dying to rip the clothes off each other.

41 Go to an adult swingers’ club together. You don’t even have to join in, but if seeing other blokes eyeing up your missus gets your engine running, you’ll be well away.

42 Pull someone else – with her permission. Pretend you’re not together in a club, snog another girl who she’s picked out for you and then go home with your hopefully turned on, and not psychotically jealous, girlfriend.

43 Get your lady to give you an all-over massage with a ‘happy finish’. Not only will you save your hard-earned cash, but you won’t risk being banged up.

44 Film the two of you having sex, put it on a DVD and when she comes around for dinner next, treat her to a screening.

45 If you’re into watersports, and she’s not fussed either, then do it in the bath.

49 Have ‘stranger sex’, but with each other. Arrange to meet in a bar but arrive separately and pretend you don’t know each other. After eyeing each other up, take her home without even asking her name.

50 Book into a seedy hotel for the weekend and refuse to get out of bed at all.

51 Ask her to go out wearing a mini-skirt and no kickers. Not only will you know she’s going commando, but there’s every chance somebody will see.

52 Try the direct approach. If you see a girl in a club, walk up, tell her you want her and see what happens. Warning: may take several attempts and slaps before you meet a like-minded soul.

53 Go along to a fetish club. The big ones like Torture Garden cater for everyone, from amateurs to full-on freaks. If you’re not up for being tied to a rack, just watch everyone else be filthy buggers.

55 Have a go in one of those sex swings. Easily bought online, you hang it from your ceiling , jump into the harness and away you go. Not for those who are prone to motion sickness.

57 Have anonymous sex. Websites like www.craigslist.org/about/cities have ‘casual encounters’ ads for people just wanting to arrange no-strings-attached shagging. And no, you don’t have to pay!

58 Ask a girl to be your fuck buddy. It may take a while to find one who’ll say yes, but when one does you’ll get commitment-free sex on a plate. Worth all those ‘fuck off, loser’ comments!

61 Get her to write a blog based on your sex life. Sites like www.blogspot.com are anonymous, but you’ll know they’re about you. Relive your sessions online, anytime!

63 With your lady’s consent, make a sex tape and leak it onto the internet. Nobody apart from your mates may care, but you’ll at least gain local notoriety.

65 Ask your lady to join you down the boozer with your mates, wearing just her sexiest underwear, high heels and a raincoat. They’ll be wondering why she doesn’t take her coat off and only you two will know the truth…

66 Lonely? Single? Can’t get a real girl? Then buy a doll. Companies in the States are selling ‘real looking’ dolls online, designed to your specification and even with the, er, right holes… Go to www.realdoll.com.

67 Pretend you’re taking romantic pictures in a photo booth, but actually have her sitting on your old chap while you do. Not only will you get the thrill of getting caught (probably by some old gran waiting for her bus-pass picture), but also some filthy pictures!

68 Play Twister. Naked. And covered in water. You’ll get into all sorts of fruity positions, and the slipping and sliding is bound to guarantee ‘accidental entry’.

69 Try out spanking. Begin with gentle taps and get harder. Have a code word, so she can say when it’s at the right level. As well as your hand, you can use a hairbrush, ruler or wet tea towel! 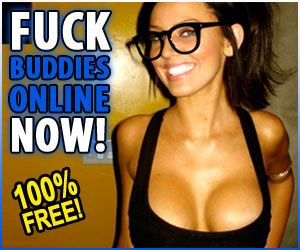 
Strict Standards: Non-static method thesis_javascript::output_scripts() should not be called statically in /home/hornyhot/public_html/wp-content/themes/thesis_182/lib/html/frameworks.php on line 22